Realistic reproduction of the original standard One Piece world in a 100MB installer, New World War will be released soon this August.

One Piece is one of the IPs that have been adapted into the most games in the period 2020-2022, according to Newzoo’s statistics. That is also the reason why in the Vietnamese market, this segment always sees a lot of new names every year, in a variety of genres. However, this makes gamers more and more demanding in choosing a real quality game to stick with; they are willing to “wait” instead of experiencing rampant. 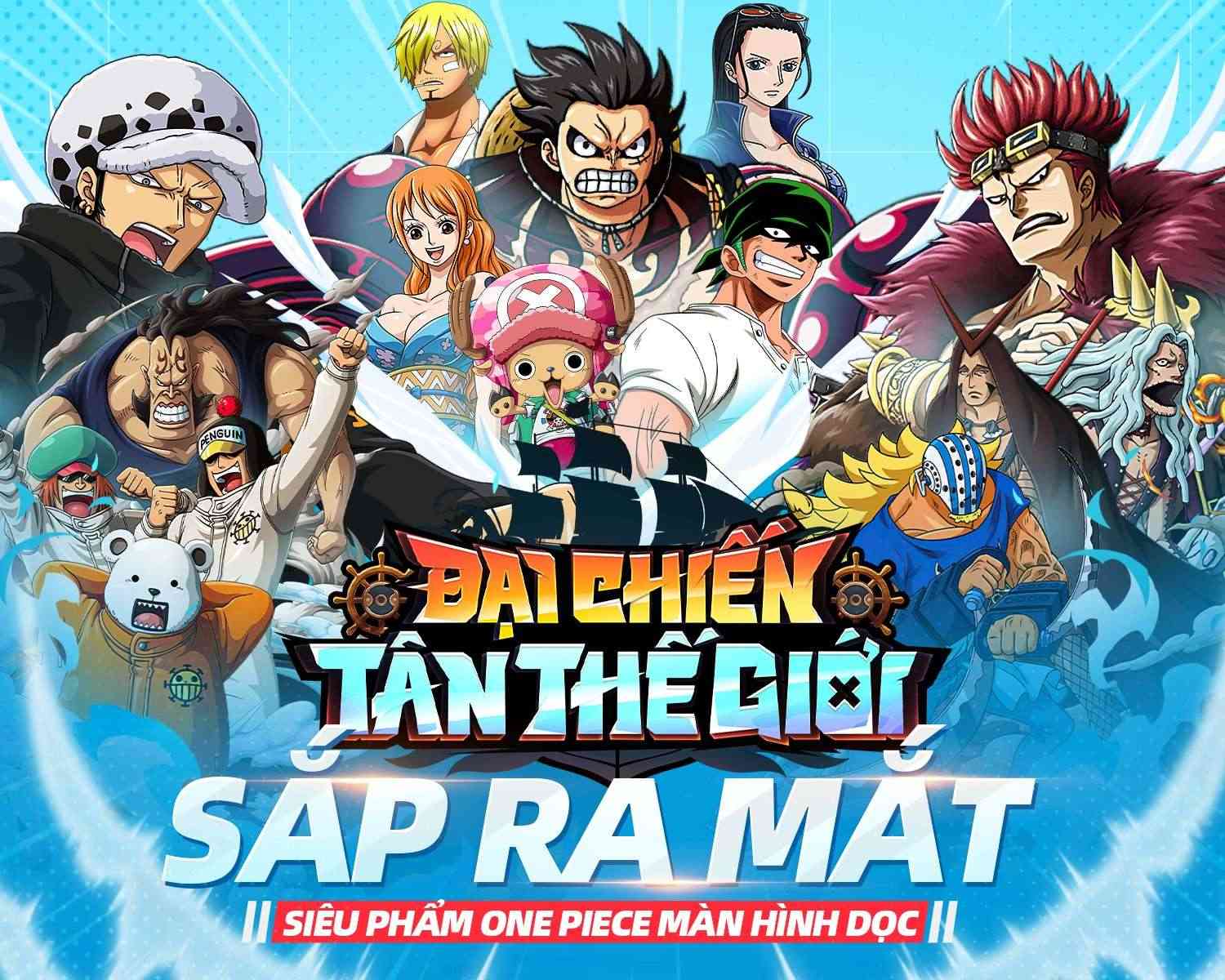 This August, “monster rookie” New World War quickly caught the eye of the One Piece fan community precisely because of that expectation. According to experts, this new game from NPH ACE Game converges everything that gamers desire in a One Piece-themed card game, quality from content to images, above all, investment. extremely neat. 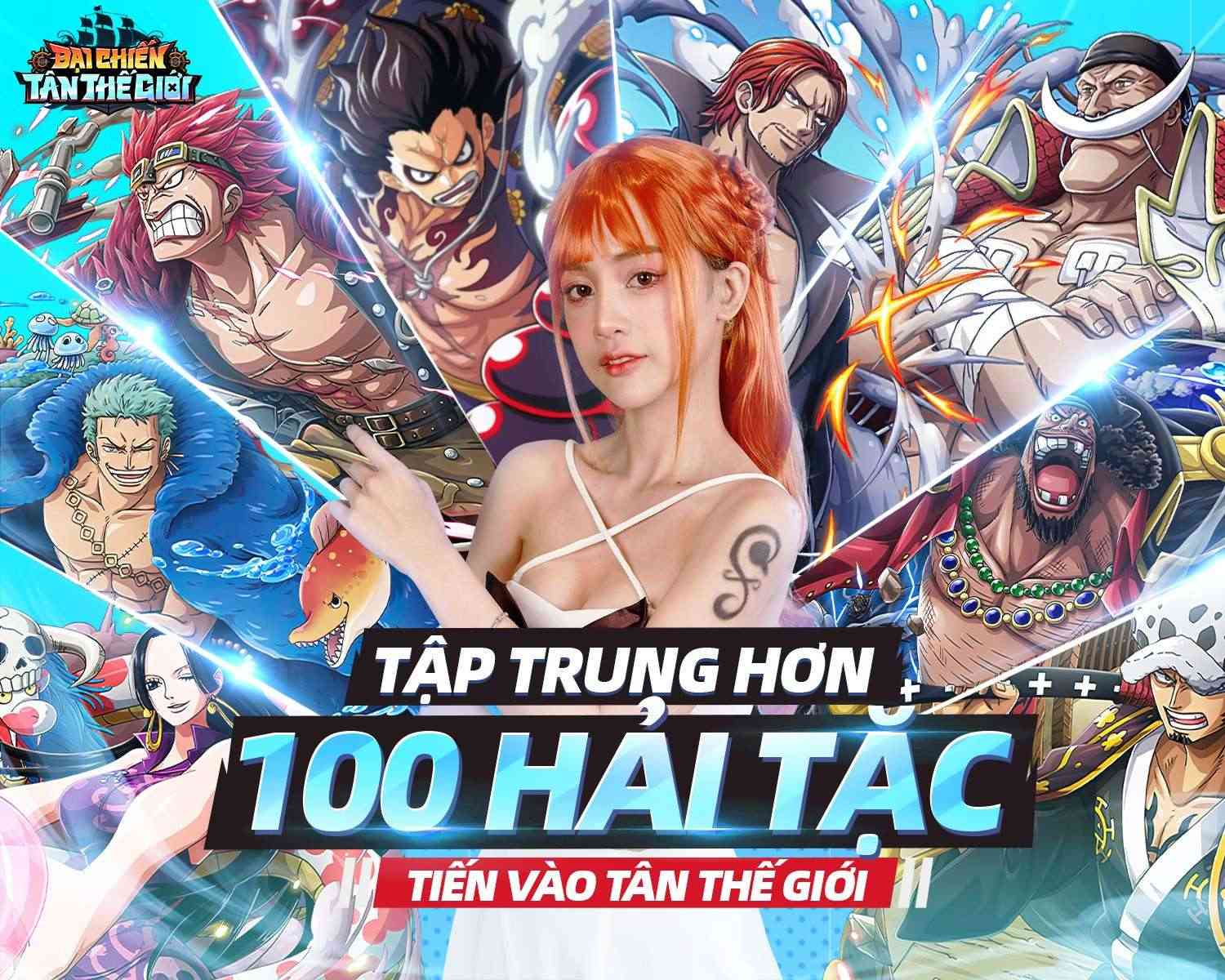 On the subject, New World War is one of the rare mobile games on the market that focuses on exploiting the New World “Pirate graveyard”, portraying a harsh Grand Line, reproducing fiery encounters. .

The style of the New World War can be said to be “in the raw and refined”, when it is simplicity that is the fastest approach through recreating all the developments in the One Piece plot. Sticking to the plot, The New World War recreates the original standard of more than 100 famous Pirates, from images to skill functions. The cutscenes are extremely epic with familiar moves such as Luffy’s Elephant Gun, Doflamingo’s Birdcage, Nami’s Lightning to help players sublimate the experience.

Each match will be a new challenge in which each player will have the right to rewrite the results, creating an unprecedented epic battle scene.

Regarding gameplay, The product carries on it a turn-base gameplay that combines familiar general cards. However, instead of tying gamers to the main character Luffy, New World War allows players to freely choose their gang, freely recruit all their favorite Pirates and start their journey. Of course, that journey will not be easy, when blocking the way will be countless formidable enemies such as the Seven Seas of Crocodile, CP9, Enel and even the Yonko. Let’s gather the 5 strongest Pirates “on the floor”. About the offer, Newbies can easily recruit their favorite characters through 100 completely free recruitments, every 10 times they are sure to get SR, even SSR. In addition, players also get a lot of “bloody” pirates just by logging in every day or passing levels like Nami SR, Luffy Gear 2 SR, Robin SSR, Suma SSR… 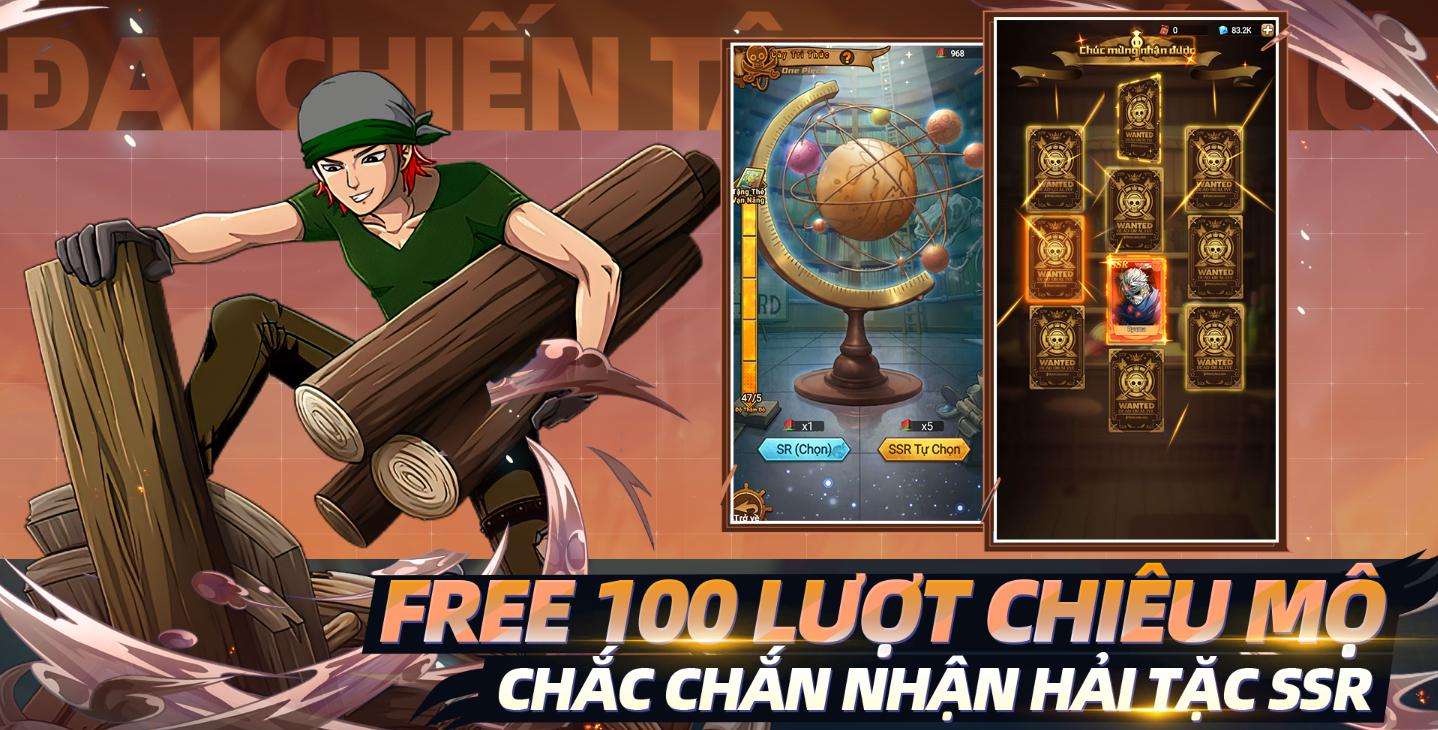 Regarding activities, The New World War made gamers stand still when revealing many activities and features that have been associated with many One Piece milestones: Inter-server Marineford Sanctuary, Sky Island Speed ​​Racing, Sea Territory Competition… More and more to try challenge even more exciting, prepare yourself a beautiful soul and a steel spirit to be ready to confront. New World War officially opened early registration, it has never been so easy to receive Zoro, with just one click to own it. In addition, 300,000 Beli, 100,000 Exp Cards, 500 Endurance Cards and 500 Breakthrough Cards will also be available to the fastest gamers. A “standard” game exclusively for One Piece crazy fans

Very soon, we will experience a game that exploits the attractive One Piece theme. With unique features and a diverse and rich character system as standard, the New World War promises to become a spiritual gift not to be missed for crazy fans of this legendary manga.

Right now, hundreds of thousands of Captains have been focusing their attention on the New World War fan page. Quickly join and get ready to enter the Great Sea Route, become the strongest Pirate: