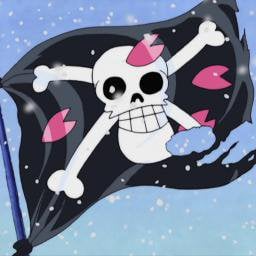 I’ve been thinking a long time about this. We can all see the end is near, whether that’s 5 to 7 years of One Piece, but for some we’ve been following it for 20 already.

I’m sure people have had their friends pass before they could finish it. I’m sure people have been diagnosed with things that make them feel like they’ll never be able to read the end of One Piece, just like that post from yesterday. It’s fucking sad.

And I know it might be ridiculous to someone outside this community, but finishing this story matters to us. And the nakama that don’t get to make it to the end, I feel like we should enshrine them on some kind of site.

I’m not good at making websites, but is there anyone who would be down? Some place we can put their names in the spirit of continuing on their legacy.

I think it would be something honorable for the community.

I know I can’t do it, but maybe we could get a team together who could.

In the wise words of Dr Hiriluk

“When does a man die? When he is hit by a bullet? No! When he suffers a disease? No! When he ate a soup made out of a poisonous mushroom? No! A man dies when he is forgotten!”

Let’s not let our crew mates that have been on this journey with us for so long be forgotten.

**Edit 1:** Waking up to the response by the community, amazing. Someone already setup a discord for ideas and execution. If you would like to join, here is the [link](

**Edit 2:** I’m glad along with support there has also been critique. No ideas should be immune to it. People are concerned about putting fake deaths, or fake diagnoses, or people just trolling in general. Others have concern with how much work it would take.

There will always be people that try to mess up the system, but I believe the goodness it will bring will outweigh others. If there is fake stuff, as long as it isn’t hurting anyone, I think it should be fine. All in all, I trust the community.

As far as work, the main point of this post was to get the idea off the ground. It may or may not come to fruition, but the ball is rolling, and that is what matters. Right now we appreciate any and all help with brainstorms and ideas. Thanks!

46 thoughts on “The saddest post about the person with Stage 4 cancer today makes me want to do something. Could anyone help?”