Once the “talented” names of the Hong Kong screen, known to Asian audiences, but in the end, these beauties took different turns, leaving many regrets.

In the 1970s and 1980s, Hong Kong’s film and television industry flourished, and many outstanding actors emerged. Those stars are always loved by the audience for their outstanding looks and great acting ability.

In the 80s and 90s, the “goddess” in the minds of many Asians was a certain Hong Kong female star. However, over time, the Hong Kong entertainment industry gradually declined. The “muse” also gradually retreated to “hidden”.

Today, let’s take a look at the Hong Kong female stars who have not acted in movies for many years.

Tran Tue San studied journalism at Boston College. After graduation, Tran Tue San returned to Hong Kong and worked in TVB’s news department. It was not until 1996 that the 25-year-old girl Tran Tue San turned to be an artist thanks to the introduction of Gary Tang and embarked on the acting path. 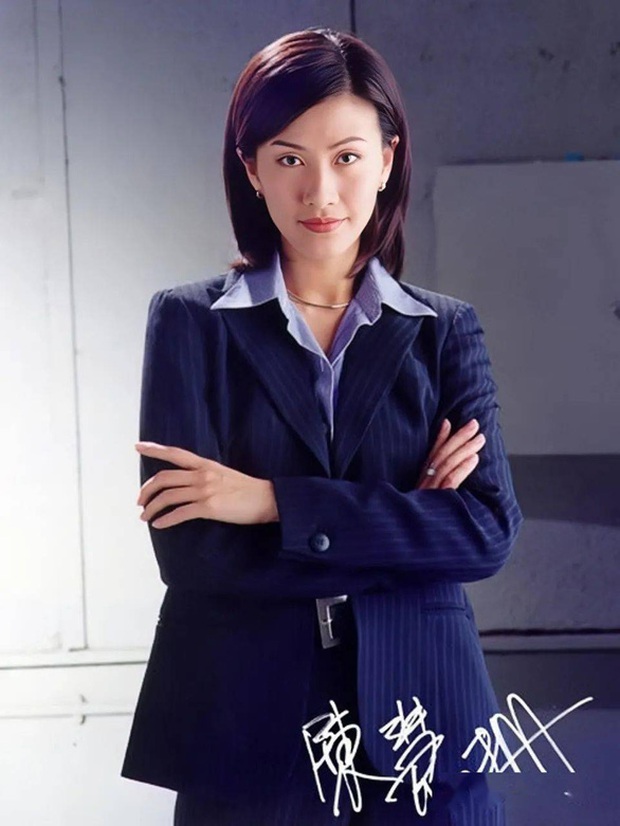 Although entering the entertainment industry quite late, Tran Tue San’s artistic development path can be called quite smooth. In the first year of her debut, she starred in TVB’s first forensic drama – Justice Records.

From this drama, Tran Tue San became famous overnight and became TVB’s new actress and spokesperson for elite women in the drama.

In addition, Tran Tue San also participated in a series of classic TVB film projects such as: The vastness of the sky, The Hand of Mercy, The Hunt for Evidence, The Grim Challenge, The Great Father,…

But over time, TVB’s dramas have dwindled. And after Tran Tue San got married in 2006, she gradually disappeared in the entertainment industry. All news about her is very mysterious. 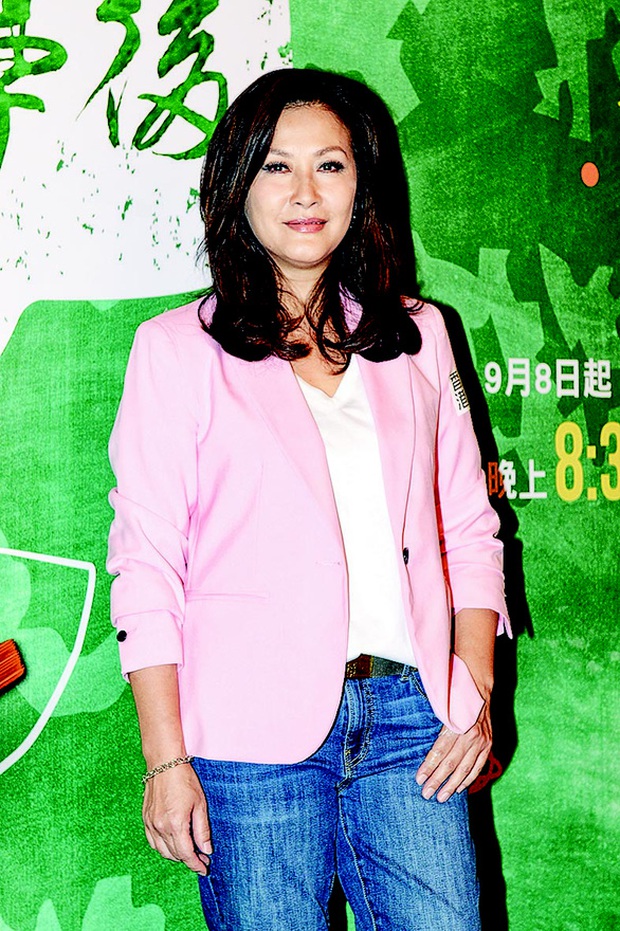 However, in 2012, the husband of the female star born in 1970 declared bankruptcy. At that time, Tran Tue San worked as an education consultant. However, it wasn’t long before the female star turned to work as a teacher in an English training institution in Shenzhen. Besides, Tran Tue San also focused on studying for a doctorate in English language.

Tran Tu Van is one of the earliest actresses to appear on TVB. She is also an actress with both singing and acting abilities. In the early days, Tran Tu Van worked in parallel in the fields of film and music. After that, Tran Tu Van focused on his acting career. 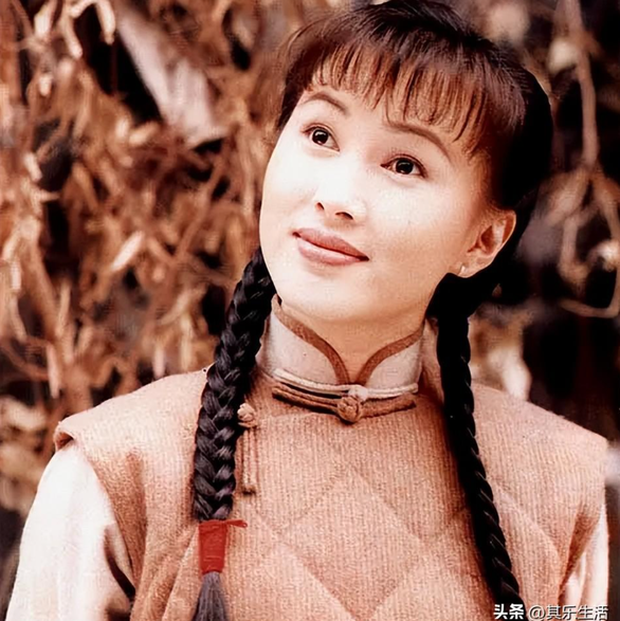 Tran Tu Van used to be one of the top beauties of TVB .

In 1983, Tran Tu Van and Lam Quoc Hung quietly got married. She thought she had found happiness, but this marriage brought her a lot of suffering.

In 1998, a friend who was a monk of Lam Quoc Hung wanted to build a Buddhist university in the Mainland. At the suggestion of her husband, Tran Tu Van lent 10 million HKD. It is worth mentioning that the large amount of money, she hardly earns, has to borrow more friends.

Unexpectedly, after holding this money, Lam Quoc Hung’s friend fled. So, not only did she lose her savings, but the actress also took on a large debt.

In 2000, Lam Quoc Hung made a loss, adding a lot of trouble for her. In addition, the actress’s mother died of cancer. Difficulties piled up, Tran Tu Van could only work hard to pay off his debt.

Tran Tu Van is currently absent from the entertainment industry, since then, he has been a vegetarian and has lived in peace

After paying off all the debt in 2011, Tran Tu Van decided to divorce Lam Quoc Hung, because she was too much to bear to pay the debt on behalf of her husband as well as his irresponsible indifference.

Since then, Tran Tu Van has left the entertainment industry and has been a vegetarian ever since.

Unconsciously, Vuong To Hien has been out of the entertainment circle for more than 16 years. For many viewers, the image of a beautiful girl is flawless in U female friendly soul is still imprinted in their minds.

Since her debut, Wong Cho Hien’s popularity has skyrocketed, and she has become a first-rate actress in a very short time. In his 16-year acting career, Vuong To Hien has many memorable works such as: Thanh Xa, Traveler of Dreams, Dong Thanh Tay Tuu, Demon of love… 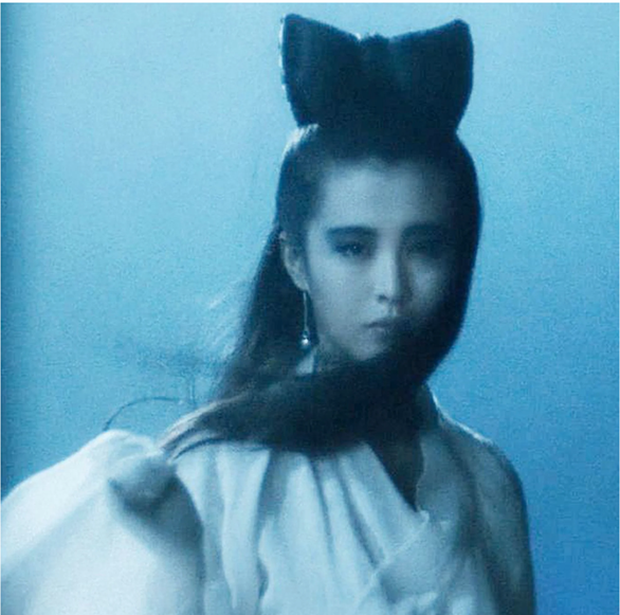 For a star, retiring at the age of 38 is indeed a bit early. However, she seems to have a plan for her life. After leaving the entertainment industry, she bought some real estate in Vancouver.

It is said that after leaving the “entertainment circle” for many years, Vuong To Hien has never had to work. She can support herself just by collecting rent.

After Vuong To Hien retired, she chose to live a very simple life, not spending lavish money, even buying discounted clothes and taking the bus. Leaving the hustle and bustle of the entertainment industry and returning to everyday life, perhaps this is what Vuong To Hien wants.

Luong Tieu Bang has debuted as a model since the early years. She also won the 3rd runner-up at Miss Hong Kong, one of the top actresses with good looks and body. 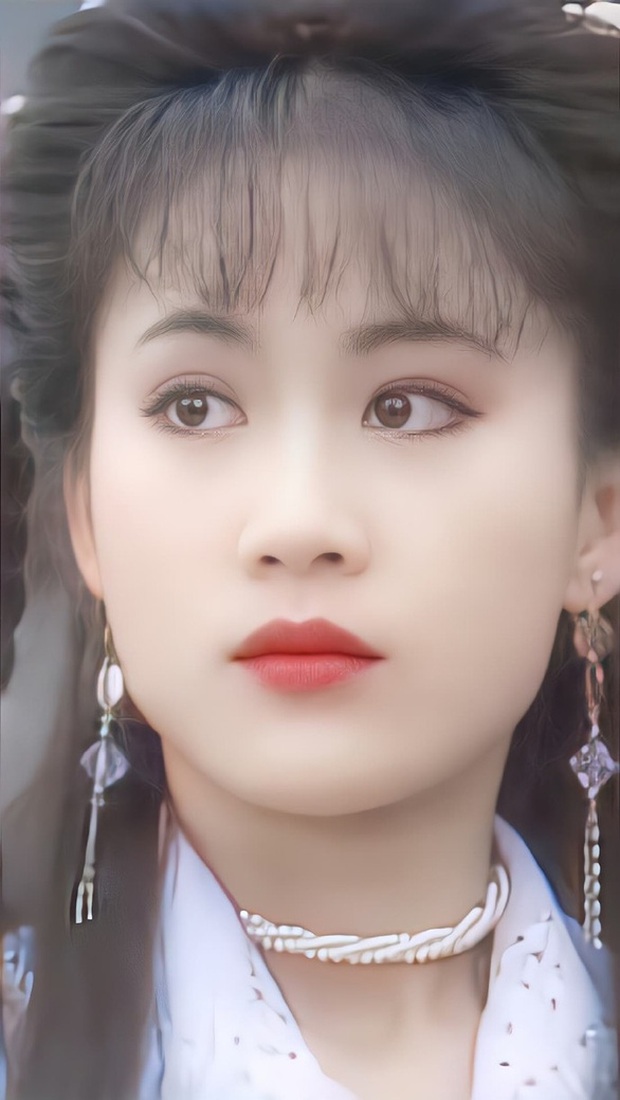 With good conditions, Liang Xiaobing also obtained a lot of resources, and she was featured in No image of the golden knife, Loan of revenge, Luong Son Ba Chuc Anh Dai. The most impressive is the version Luc Dinh signed 1998. With the role of A Kha, Luong Tieu Bang has been dubbed “the most beautiful A Kha on the screen” ever..

However, due to work too tired, Luong Tieu Bang’s body could not support, so she could only say goodbye to showbiz, focusing on taking care of her small home with actor Ma Anh Tai – Tran Gia Huy.

Now, Luong Tieu Bang chooses a simple happy life instead of fame and profit, so she misses many opportunities for career development. Tieu Bang believes: “Reputation is important, but living a happy life is more important”.

Tran Phap Lai is known as the last actress in TVB’s peak period, having seen TVB go from glory to decline. She was born in Sichuan and raised abroad. It was only in 2005 that she came to Hong Kong for the first time. 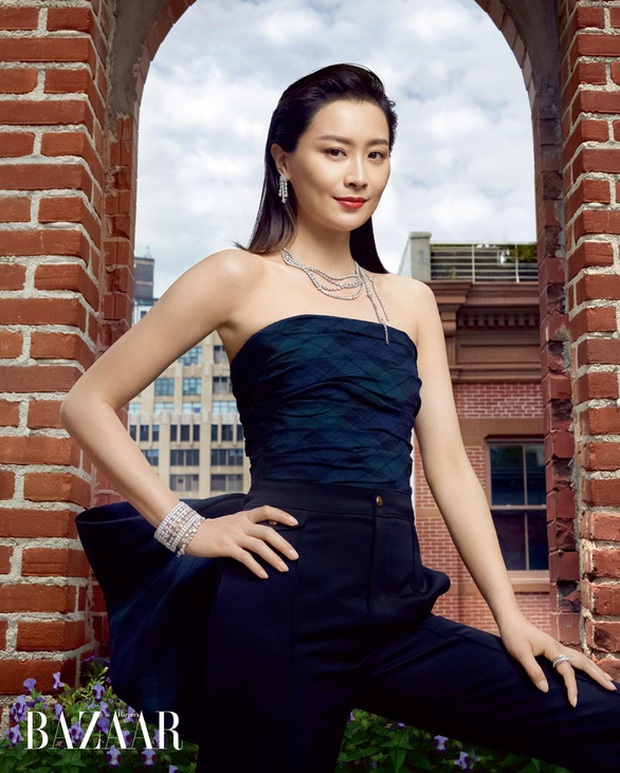 Due to the language barrier, Tran Phap Lai initially encountered obstacles in his work. Fortunately, she studied hard and gradually became fluent in Cantonese, and the situation gradually improved.

However, not long after that, information about Tran Phap Lai’s hidden marriage for 6 years was revealed. About her being married into a rich family, public opinion pointed at her, calling her “long-legged – giant”.

Before this incident, Tran Phap Lai clearly expressed his attitude, determined to leave his rich family and go to America to study more about acting.

In 2016, Tran Phap Lai received the lead role in her first stage play called Skylight. After that, she played a small role in the TV series The Undoing of HBO – the work that marked her debut on American television alongside cult names such as Nicole Kidman, Hugh Grant. 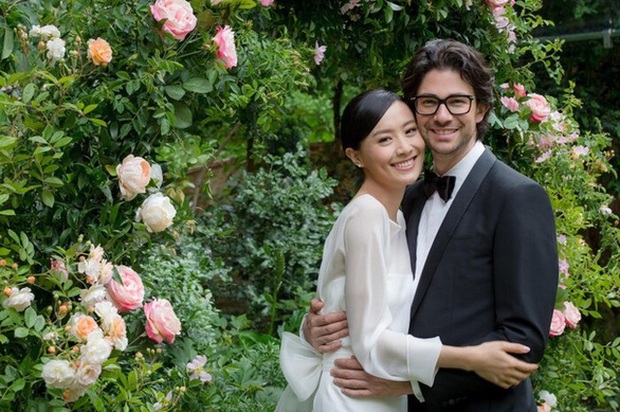 2021 marks an impressive step forward in Tran Phap Lai’s career when he becomes the only TVB star to appear in a superhero blockbuster. Shang-Chi and the Legend of the Ten Rings. This can be seen as a clear demonstration of the recognition of Tran Phap Lai’s talent.

Also in the US, Tran Phap Lai married her current husband and gave birth to a daughter, a very happy family of three. 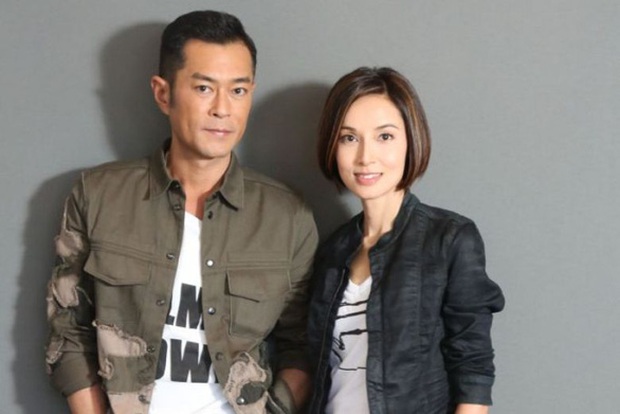 After that, Trinh Tuyet Nghi also participated in the Asian cult youth film project for a while Meteor Garden 2 in the role of Diep Sa with Dai S, Ngon Thua Huc, Chau Du Dan…

In 2003, Trinh Tuyet Nghi began to enter the mainland, and continuously collaborated with Li Bingbing, Hu Ge, and her popularity in the mainland was very high.

That’s why Trinh Tuyet Nghi’s career still has a lot of room for development, but she chose to give up the entertainment industry for the sake of her family.

In 2010, Trinh Tuyet Nghi married a rich British boyfriend and lived a rich life. Trinh Tuyet Nhi rarely shares her private life with the reason that she “doesn’t like to talk too much”. 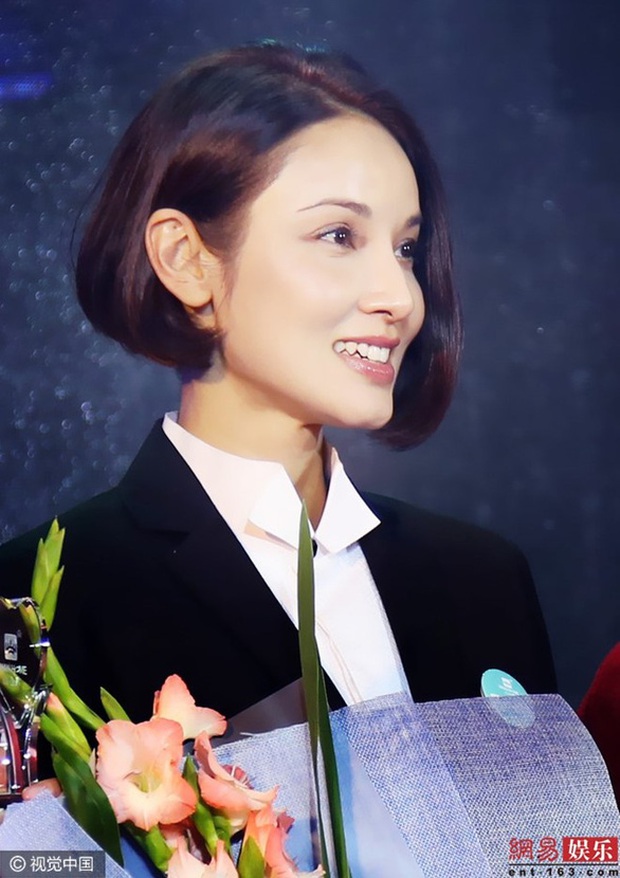 In addition to the above beauties, there are many female Hong Kong stars, some of whom are living very well, others are not. They not only left behind many classics but also brought with them the memories of an entire generation.

Today, Hong Kong’s film and television industry is in decline. That momentous occasion of “hundreds of flowers blooming” may never be seen again.

“The sexiest beauty in the world” wears a hot bikini