2 years have passed since the fifth season was released, recently the release date of My Hero Academia ss6 has been confirmed through a new poster. 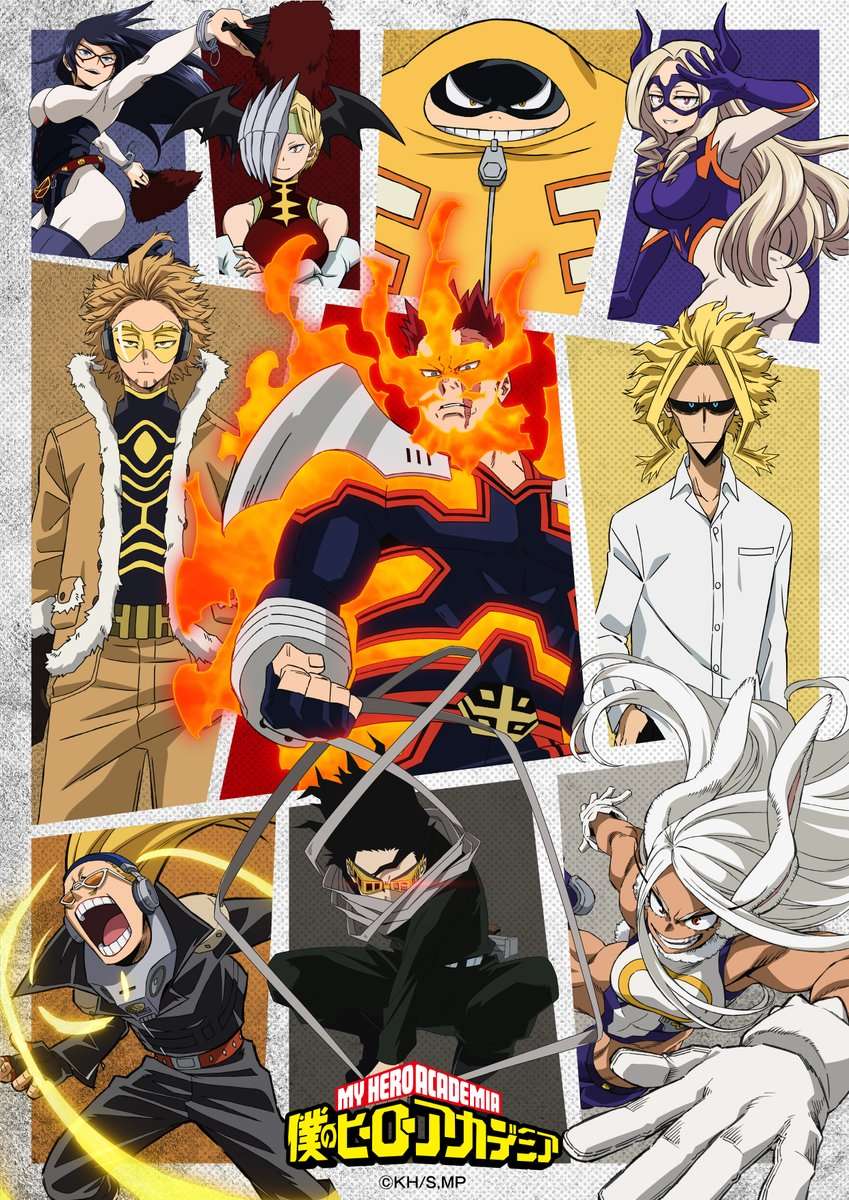 As one of the two most prominent anime with the theme of Super Hero (along with One Punch Man), it is not difficult to understand that My Hero Academia ss6 is being extremely anticipated by fans. Even more special is that the events of the film are becoming more and more interesting (and somewhat darker) as the characters have to face dangerous villains and problems that are extremely difficult to solve. And according to a recent revelation, My Hero Academia ss6 will be released this fall, specifically, the official release time of the movie will be October 1.

This new part is said to focus on a big battle between the heroes and the villains, especially with the participation of brand new professional heroes. My Hero Academia Season 6 will begin with the Paranormal Liberation Front War Arc from Kohei Horikoshi’s original manga series, and as revealed in the final developments of the fifth season, it will be an all-out battle between the hero and the hero. antagonist. With Shigaraki greatly strengthened throughout the fifth season and after absorbing the Meta Liberation Army, the villains are now more dangerous than ever.

Boku no Hero Academia (English title: My Hero Academia) is a Japanese superhero manga series written and illustrated by Horikoshi Kohei. It has been serialized in Weekly Shounen Jump since July 2014, and has 35 books published.

The story follows Midoriya Izuku (nicknamed “Deku”), a boy born without superpowers in a world where being super-heavy is normal, yet he still dreams of becoming a superhero. hero, and is aided by the world’s greatest superhero, who shares his superpowers with Izuku after realizing his worth and helping him enter a high school for superheroes. probationary.

This series was adapted into an Anime TV series by Studio Bones. The first season aired in Japan from April 3 to June 26, 2016, followed by a second season from April 1 to September 30, 2017. The third season began airing from April 7, 2018, also an animated film titled Boku no Hero Academia: Futari no Hero was released the same year. In 2019, the 4th season and movie Boku Hero Academia: Heroes Rising were released to readers. The fifth part premiered on March 27, 2020, and the movie Boku no Hero Academia: World Heroes’ Mission will also be released in the same year.