The official game Ninja Leaf Village: Truyen Ky launched the official version at 10 am on August 9, 2022 with many attractive incentives for players as soon as they set foot in the game.

With the policy of treating players all the way, as soon as they set foot in the game Konoha Ninja: Legend MobileNPH Wetaps has given everyone a permanent VIP 5, hundreds of thousands of Key Gems, New Beginner’s Relay gift packs, Ninja Summoning Cards – Auxiliary allies… etc., accompanied by a Giftcode set containing many gifts Various in-game value up to 5,000,000 VND.

That is not to mention other free incentives from the awarding system when players have just reached a certain achievement or battle threshold in the game. On the other hand only with 20,000 VND is that you can immediately receive the super-strong Gaara shinobi S at the beginning of the game. In addition, there is a chance of x3, x4 value of Gems for you to freely use in important functions of the game such as Wheels, Do Giam, strengthen the shinobi, Teammates and Main Characters. Especially in this game you can go to battle at the same time with more than 9 characters and many other auxiliary and combat functions. This means that being in a game round opens up a lot of tactical calculations for you to learn in detail when arranging and mixing formations into battle.

Additional resonance from the table of Tribes to counter Earth – Water – Fire – Basket promises to create PK screens, boss killings, and battlegrounds full of brains between great shinobi masters within a maximum limit of 25 innings. 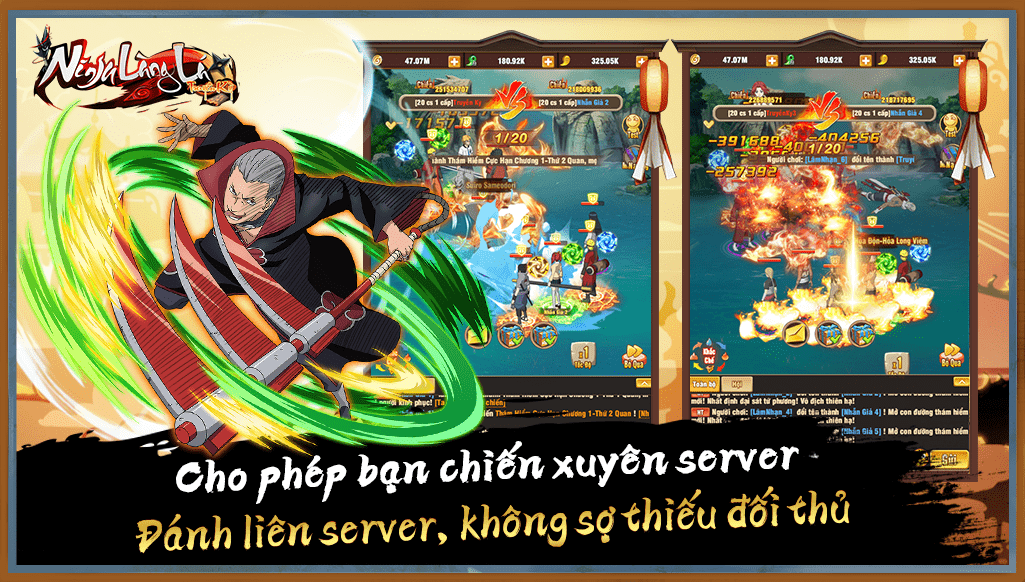 In addition, the game also applies a simple and fully automatic turn-based gameplay that makes players not have to manipulate too much. At this point, you just need to constantly foster, choose the direction to combine the characters to fight, and change the combat style at will immediately! Although there is a moderate leveling speed, in return, the game Ninja Leaf Village: Truyen Ky opens the feature, operating continuously according to each reincarnation threshold of the main character. Make sure you have just finished experiencing this feature, and a new feature will open for you to learn and pursue without getting bored. 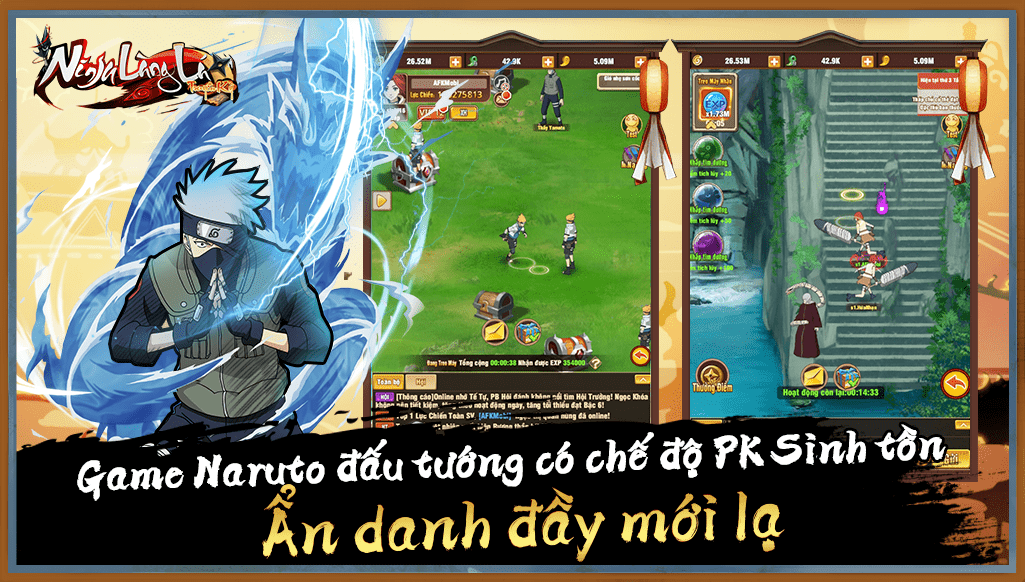 With a variety of PvE – PvP activities both at local and inter-server, Ninja Village: Truyen Ky promises to become even more attractive, especially in the later stages, when players have built a team. stable image, ready to face the great wars that await ahead.

Because of that, in this game, the ranking system is extremely diverse. Everything ensures everyone has a fair chance to compete against each other at all levels. Outstanding features you can only find at Konoha Ninja: Legend:

– Gather hundreds of characters, thousands of ninjutsu from the popular Naruto manga/anime.

– The game allows you to fight across the server, fight between the server, not afraid of the lack of opponents.

Sending a shared gift code for gamers to have a better start:

Instructions for activating the gift code:

In the game you need to play to [Cấp 30] then click on the main interface icon [Làng] at the bottom of the screen and then go to [Phúc Lợi] find [Giftcode] and proceed to enter the reward code via Letters.