Madara Uchiha is more dangerous than Kaguya, and here are the ways he can defeat Naruto and Sasuke.

Madara is one of the most powerful enemies Naruto and Sasuke have ever faced. And there’s a way for him to win over the two of them! So what’s the way for Madara to defeat Naruto with Sasuke?

This article is based solely on my speculation about Madara’s power, how it works, and how it can be used in battle to defeat Naruto and Sasuke. And here are the ways and abilities for Madara to win against the two main characters!

1. Get rid of Sasuke first Sasuke was one of those people who made it difficult for Madara, when he successfully cast the Eternal Tsukuyomi, he realized this and immediately used his Susanoo to protect Naruto, Kakashi, and Sakura from the light.

Sasuke caused a lot of trouble for Madara, as he was able to disappear and teleport easily by swapping an object with himself, rather difficult to defeat. Although Naruto’s physical strength can be dangerous and he can sense Madara’s Limbo, Sasuke’s intelligence is even more dangerous.

Plus, instead of just feeling, Sasuke could clearly see Limbo. Why do I think Madara should target you first? Because Sasuke is one of the characters that makes it difficult for him. When Madara successfully cast the Eternal Tsukuyomi, he realized this and immediately used his Susanoo to protect Naruto, Kakashi, and Sakura from the light.

If Sasuke hadn’t done that, surely all members of Team 7 would, like everyone else on Earth, be affected by the eternal Tsukuyomi. Madara should definitely aim for Sasuke first if the fight continues.

2. Separation of Naruto and Sasuke Separating the two of them can be done in a variety of ways, for example Madara using Limbo to carry Naruto away, while his real body would use all his might to stop Sasuke.

If killing one of the two seems difficult, what about separating the two? This method has been done by Kaguya, and can be said to be quite effective. When together, Naruto and Sasuke’s strength is truly overwhelming, but when separated, they really have a hard time fighting Kaguya, which might still be the same if the opponent is Madara.

This method was a way for Madara to completely defeat Naruto and Sasuke. Separating the two of them can be accomplished in a variety of ways, for example using Limbo to take Naruto away, while Madara will use all his might to stop Sasuke.

Once the two were separated, he was able to defeat them one by one, just like how Kaguya did.

3. Madara is superior to Naruto and Sasuke in terms of endurance, stamina, and wound regeneration Madara Uchiha can buy time for both protagonists to burn out, perhaps spending a whole day fighting, or even more, and after both are exhausted, he will successfully finish off Uzumaki Naruto and Uchiha Sasuke!

Madara has the ability to regenerate wounds that cannot be underestimated! This happened because Hashirama’s cells were already in his body, so Madara was able to heal any wound. Of course, not only physical injuries, but also physical ones can be considered very respectable.

On the other hand, Naruto and Sasuke are still normal people, they will get tired, in fact, the two have had a long fight, starting with Naruto going to the battlefield, then fighting Obito, besides, Sasuke also fought with Kabuto and just joined the battlefield. Madara could buy time for both of them to burn out, perhaps spending an entire day fighting, or even more. After being exhausted, Madara will finish off Naruto and Sasuke!

4. Madara has the advantage of being very hard to kill 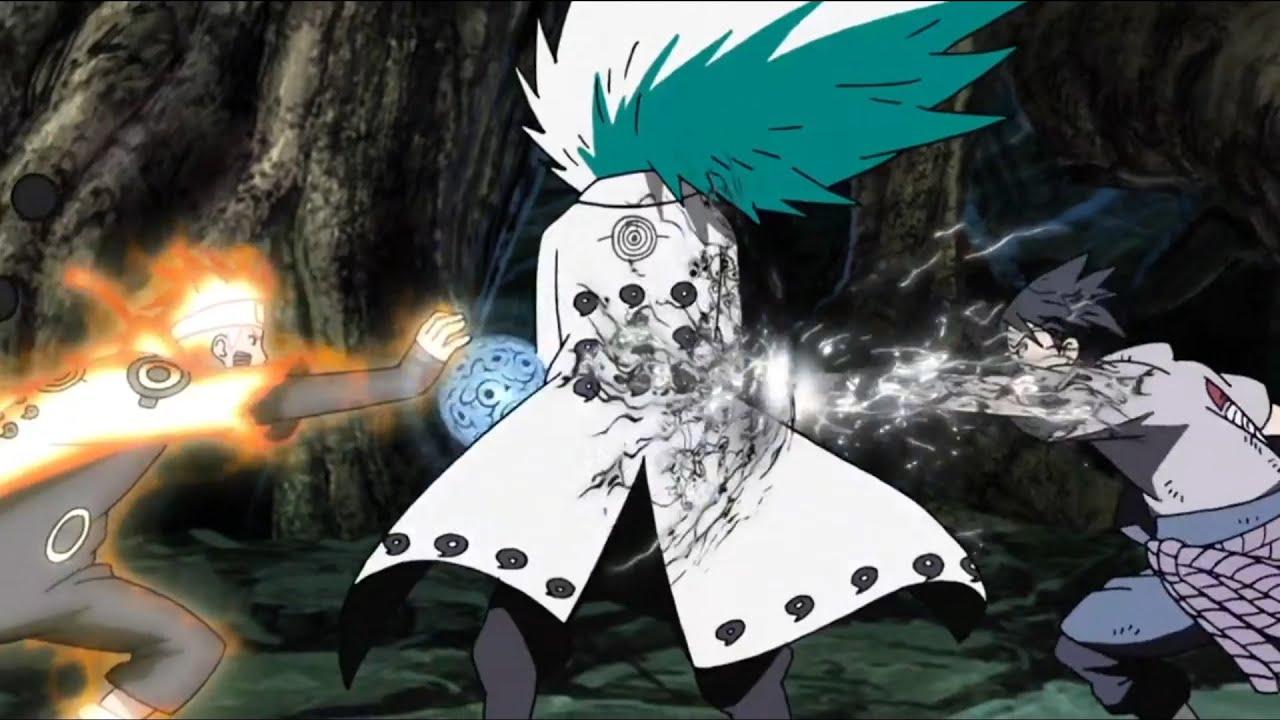 Madara is inherently difficult to kill, and even harder to seal, when successful, it is possible that Limbo is the one that is sealed, not the real Madara, linked to the third above, Madara should be careful not to get caught seal

Defeating Madara just by killing his body was impossible. Madara possesses many of the same powers as Naruto and Sasuke, only stronger.

The only way is to seal him, like when Naruto and Sasuke sealed Kaguya at the end of the anime and manga. But the problem is that Madara is a dangerous person, it is not easy for the two of them to successfully seal.

This Madara character is inherently difficult to kill, and even difficult to seal, when successful, it is possible that Limbo is the one that is sealed, not the real Madara! In this way, in connection with the third point above, Madara should have been more careful not to get himself sealed, which would then tire Naruto and Sasuke out. Madara Uchiha often uses the Dao Orb for many of her combat purposes, such as turning it into a weapon or using the Orb for quick attacks from a distance, and It is very useful to defeat Sasuke.

Admittedly, the Dao Orb is an extremely scary thing, and very few characters can use this ability, two of which are Madara and Naruto. Here, Madara uses the Dao Orb for many of her combat purposes, such as turning it into a weapon or using the Dao Orb for quick attacks from a distance.

As for weapons, Madara can create shakujo, and these Dao Orbs are also very dangerous because they are imbued with the energy of Yin and Yang Release, created by the 5 basic chakra attributes, which can only be created by the possessor. all chakra attributes and Kekkei genkai. Dao jade sphere is extremely flexible, can change shape, can change shape and control movement at will.

It was useful to defeat Sasuke, why? Because dealing with the Orb requires possessing the Sage Technique, and Naruto can use it, while Sasuke can’t.

Those were the ways Madara was able to defeat Naruto and Sasuke. Which way do you think is most likely to succeed? Please write comments!

>>> See also: Naruto: Why did Kabuto cure Hinata during the Chunin exam?

>>> Get the latest news about Naruto movies/story here.