In less than a month, MAPPA’s Chainsaw Man anime blockbuster will air. In this article, Lag will provide the full information about this anime while revealing a few things you need to know to help you have the best anime viewing experience!

About the anime Chainsaw Man

Chainsaw Man anime project is invested and implemented by the popular studio MAPPA. This is an anime adaptation of the manga of the same name written by Tatsuki Fujimoto. The film is expected to adapt the entire Part 1 of the original manga and is likely to do Part 2 in the future if it receives support from the audience.

In interviews, the MAPPA team said that they are extremely enthusiastic about this project. In order to bring the “freshness” of Chainsaw Man, MAPPA has specially selected new but capable actors to make the film. Detailed information about the staff and movie seiyuu you can see in the following article:

Bringing a story that seems familiar but quite unique, Chainsaw Man may make it difficult for some viewers to identify what they are watching in the movie. Therefore, Lag will provide a brief overview of the content and context of Chainsaw Man.

Chainsaw Man takes place in a special world. Earth is of course still inhabited by humanity, but besides that there is also a species called “demon”. Demons are born from the fear of humans. The more people fear something, the stronger the demon will become. On the contrary, the weaker the fear, the weaker the demon will be. To protect the commoners, a demon-slaying organization was created whose members were contracted with demons.

Chainsaw Man has the main character Denji, a boy who has to do all kinds of jobs to earn a living while paying off a huge debt to his father. Living with Denji is Pochita, a small dog-like demon with a saw blade on his head. Due to some events that you will learn about in the anime Chainsaw Man episode 1, Pochita transforms into Denji’s heart and gives him the ability to transform into a Saw Demon. 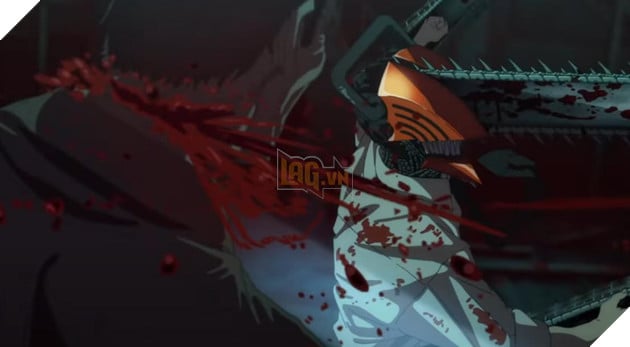 In a shared post, MAPPA said they will respect the original as much as possible. Because of that, Chainsaw Man will have a lot, a lot, a lot of blood. In addition to blood, the film will also generously let the audience see organs, bones, and human flesh flying around. Chainsaw Man’s fight scenes will also be extremely violent, so children, the elderly, people who are afraid of blood, pregnant women should consider carefully before watching.

Black comedy is simply a humorous style that uses taboo, sensitive or satirical materials. Black comedy is quite picky about audiences because either you understand all the implications of it or you will find it no fun at all. Chainsaw Man uses black comedy a lot, so focus on watching and immerse yourself in the story to get the best experience.

Note: the movie looks funny, but it’s not really funny. The details, the dialogue almost all has its hidden meaning.

Chainsaw Man is scheduled to air on October 11, 2022. New information will be updated by Lag in the near future so be sure to stay tuned!