The multiverse is the main theme in the next 3 phases of the MCU and has been somewhat explored in a number of recent Marvel Studios projects, although there are still quite a few points of ambiguity and contradictions.

The Multiverse is the new central theme of the Marvel Cinematic Universe (MCU) after the times of Thanos and the Infinity Stones, with 3 new phases (4, 5, and 6) grouped together into the “Multiverse Saga” “. However, so far, this topic has been exploited in a rather vague and sometimes inconsistent way between the works of Marvel Studios.

The multiverse began to be introduced into the MCU in Avengers: Endgame, after the superheroes learned how to time travel as well as how time works, branching whenever there is a change in the past. However, in fact, Marvel Studios has “teased” this topic many years ago, through the multiverse research of Dr. Erik Selvig in Thor: The Dark World. 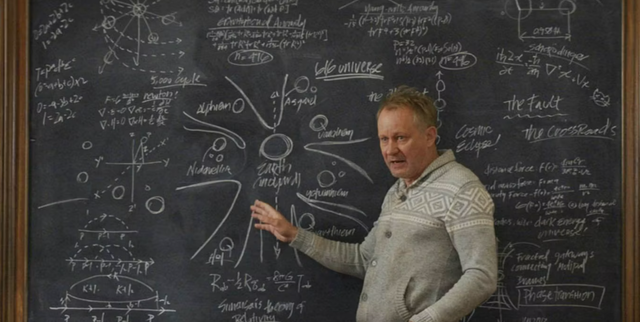 Marvel Studios is a master at “teasing” future works, and they paved the way for the multiverse from the blockbuster Thor: The Dark World, through the research of Dr. Erik Selvig.

So far, the multiverse has been exploited through a number of TV and movie blockbusters such as Loki, What If…?, Spider-Man: No Way Home or Doctor Strange in the Multiverse of Madness. However, Marvel Studios has not really succeeded in explaining this idea, even making things more confusing and contradictory every time a new movie is released. The main reason for that is because they only decided to set the rules related to the multiverse after having closed many of their projects.

For example, Marvel has used the phrase “dimension” to refer to all events that take place in other timelines, but sometimes also refers to a world, a planet entirely. separate from the MCU. Therefore, in order to fully understand the rules of the multiverse, the audience will have to be especially alert and careful, to avoid being “captured” by Marvel with its inconsistency.

Here are the key details regarding the multiverse in the MCU so far.

The multiverse is not just a collection of parallel realities

The best way to understand the MCU’s multiverse is to compare it with the Marvel comics. Scott Derrickson, director of Doctor Strange, once suggested to the audience the Sorcerer Supreme #2 chapter – the work that defines the multiverse for Marvel Comics, and is also an inspiration to help shape Phase 4 of the MCU. .

In this chapter, the Earth is compared to the center of an endless ocean, while the other timelines are just distant ripples. However, there are other universes, completely separate from our reality, but still located close enough to function in a similar way. As we go to distant universes, the laws of nature change more and more, and time and space also gradually become meaningless in worlds like the Dark Dimension. The light itself in those places is not the same and varies depending on the environment and natural conditions. Meanwhile, the filaments of reality are riddled with holes – that is, countless wormholes in the universe.

However, the MCU has used the term “dimension” in a different way, referring to the areas above or below our reality, and only accessible through ultra-advanced technologies or through sources. powerful magic. For example, the underlying quantum world (Quantum Realm) of our world, once described by Hank Pym as “a reality where all notions of time and space become meaningless when we shrink to infinity“. Meanwhile, Noor Dimension in the Ms. Marvel, is a world above our own, separated by the Noor energy.

Thus, the multiverse in the MCU is not only parallel timelines, but also worlds and dimensions that are separate from our reality.

In the blockbuster Doctor Strange, The Ancient One explained that magic involves sucking energy from other dimensions or worlds: “The language of secret arts is as old as human civilization. Ancient magicians often referred to this language as “mantras”. But if you are a more modern person, you can also call it “program”“. The source code will shape reality. We harness energy from other dimensions of the multiverse to cast spells, create shields and weapons, and create magic.“.

When using the phrase “dimension”, the Ancient One is not referring to other timelines, but to energies coming from other worlds. Essentially, occult masters would draw energy from it and use it to rewrite the reality around them, which ordinary people would see as magic.

Some magical artifacts can act as a medium or channel for energy from other dimensions. WandaVision and Doctor Strange in the Multiverse of Madness have once again confirmed that through magic books like Darkhold or Book of Vishanti.

However, the energy channeled through these artifacts is usually not neutral, but will take on the character of the source of that energy. Darkhold causes the user’s mind to be destroyed and corrupted, while the Book of Vishanti is the complete opposite and is naturally purgative. Mages can also summon creatures from other dimensions and absorb their power to increase their own “goat”.

The Loki series is the first project to directly exploit the multiverse in Phase 4 of the MCU, and brings many differences from what we have analyzed above. That is the appearance of many parallel timelines.

Accordingly, the flow of time is extremely chaotic in nature. Any time, any small change, can cause the phenomenon of “nexus” – the branching of time. This phenomenon is so sensitive that even a slight deviation in reality, such as a person being late for work (when they should always be on time), can trigger the nexus.

Unfortunately, when variations of the same individual in different timelines realized the existence of another reality, multiverse war broke out. He Who Remains was the one who won in the end, thereby establishing the Time Variance Authority (TVA) to maintain a single timeline and erase all other branching realities. After being killed by He Who Remains by Sylvie, the multiverse was restored.

According to Kate Herron, the director of the Loki series, this aspect of the multiverse is extremely complicated, because the branches of time can even be linked and even merge with each other. “The time branch can be seen as another reality” said Kate, “But when it grows to a certain point, it connects to other timelines. In the final scene (Loki’s), the darker timelines have the same meaning as our main timeline, and they’re essentially connected through the lighter timelines.“. Next, Doctor Strange in the Multiverse of Madness says this intersection can lead to the collapse of many realities, or the phenomenon of invasion (incursion).

Besides, it seems that the multiverse is also a logical structure but has not been clearly explained. Erik Selvig and the Illuminati both named their reality by different numbers, Earth-616 and Earth-838. If it is not in a specific, regular structure, such naming will be baseless and meaningless. But whatever the reason, individuals from branching timelines are collectively known as “variants”. In the original, these variants are sometimes appended with numbers from their own universe to make it easier to distinguish, such as Doctor Strange 616 or Doctor Strange 838.

America Chavez is the most important figure of the multiverse

Doctor Strange in the Multiverse of Madness brought America Chavez to the big screen, the superhero who can open the portal between realities in the multiverse. As this blockbuster shows, Chavez’s power is limitless, as she can take Strange to branched timelines and dimensions where the laws of physics are completely changed.

In the series Ms. Marvel, Bruno discovered that multiverse travel is possible, but requires a huge amount of energy that is essentially equivalent to the sun. That indirectly shows how much potential and tremendous power Chavez possesses. In addition, according to the above analysis, it can also be temporarily confirmed that Chavez acts as a conductor, absorbing energy from another mysterious world to perform “jumps” in the multiverse. .

Another point worth noting: America Chavez is unique, with no variations from other timelines. This explains why when traveling through the multiverse, she does not cause nexus, does not create another time branch. That’s why Chavez is considered the most important character, possessing the most terrifying power of the “Multiverse Saga”. Under the guidance of the occult masters at Kamar-Taj, it is likely that Chavez will soon master his powers and participate in the multiverse battles in Avengers: The Kang Dynasty and Avengers: Secret Wars.

The famous “Son Dai” in his childhood is still in good shape after more than 15 years, it’s too bad that he doesn’t act anymore