The power difference between the Yonko, the Captain and the Admiral in One Piece is always a hot topic for fans to discuss and compare. 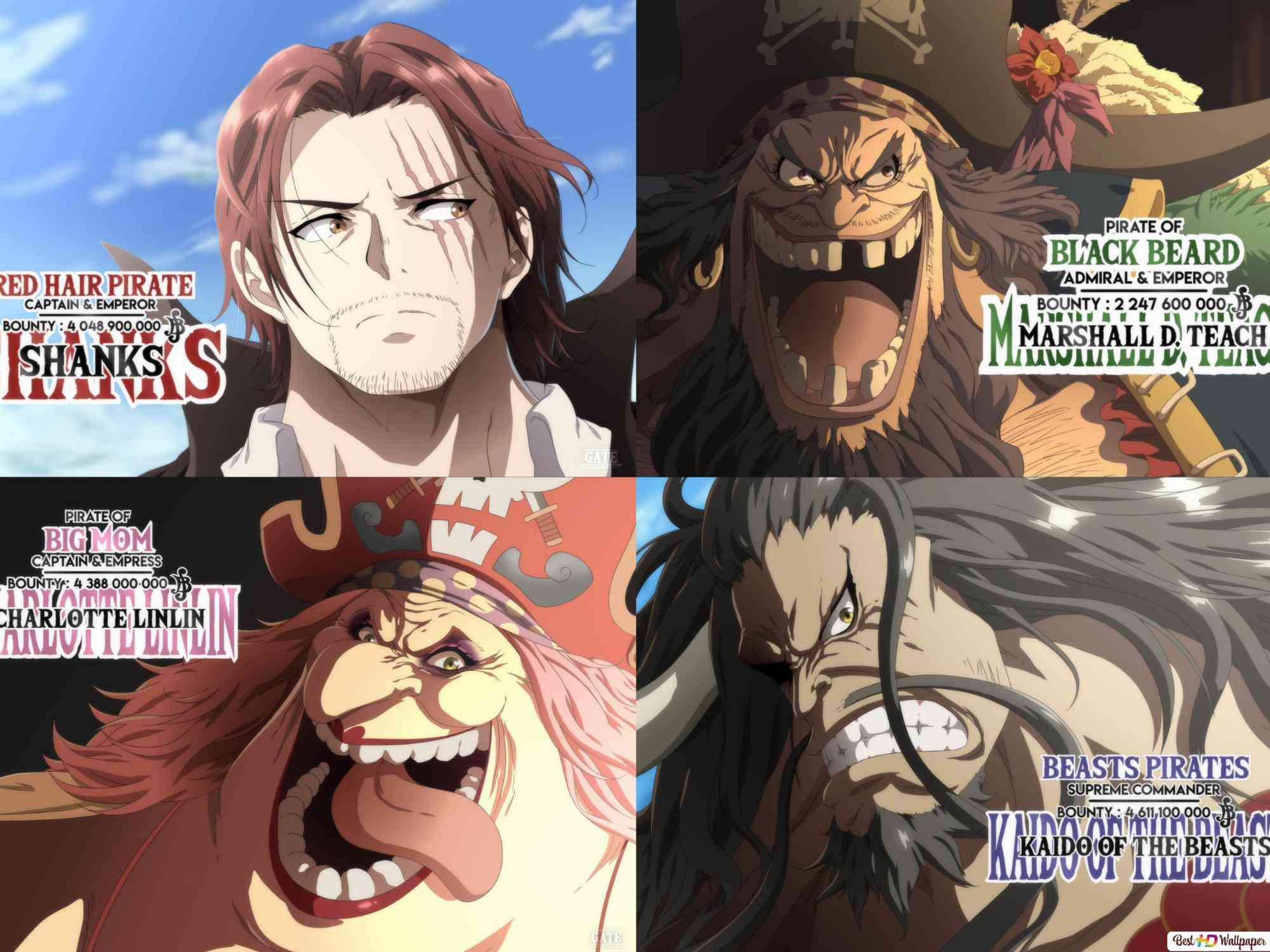 Compare the strength of the Yonko, Captain and Admiral in One Piece

In the past, the One Piece community has always been famous for often controversial issues, from comparing the strength of Sanji and Zoro, comparing the strength of the Yonko, comparing Garp’s ability if fighting. with Akainu… even comparing the beauty of the female characters in the story. In general, any issue that is concerned will inevitably break out a “war of words” between dissidents. One of the most fiercely debated questions by fans is how much power will be the Yonko, Captain, and Admiral in One Piece?

(Note: This article is based on personal opinions and feelings.)

As we all know, Yonko is considered to be the four most powerful and influential pirates in the New World (with the addition of Yonko Buggy, it’s hard to say at the moment). Especially after the battle at Marineford, the power of a Yonko was shown most clearly when in order to stop Whitebeard, the Marines had to call up almost all of their forces for the battle.

As for the Admirals, they are extremely strong and are considered as the “leading” leading the way for the entire Navy (only below the Admiral), in One Piece, there are a total of five Admirals. appearances (including Akainu who became a Water Master) include: Akainu (Red Dog), Kizaru (Yellow Monkey), Kuzan (Blue Pheasant), Fujitora (Purple Tiger) and finally Ryokugyu (Green Bull). The Admirals will have the power to “close” to the Yonko

If the strength of a Yonko is considered to be at 10, then the ability of an Admiral should also be between 8.5 and 9. Especially with Akainu, when he has successfully stepped up to the position of Admiral of the Sea, it must be. Surely his ability is no less than that of a Four Emperors.

Unlike the admiral’s fairly equal strength, the four emperors’ captains have quite a disparity in strength. Typically, Katakuri (Big Mom’s crew) or Marco (of Whitebeard’s crew), they are considered the “Right Hands” of the Yonko with superior strength than many other Captains. If the assessment of the strength of Marco and Katakuri is above 10, their ability should also be between 8 and 8.5 points. As for the remaining Captains, it will fluctuate between 4 and 7 points.

It can be seen that even though it is considered the “Right Arm” of the Yonko, if the Yonko falls, the other Right Arm is still not strong enough to lead the remaining remnants. For example, Marco, although he tried very hard, even fought with Blackbeard (after having two Devil Fruits) but still lost the territory of Whitebeard and the title of Yonko, but had to acknowledges the strength of the Captain of the First Squad of Whitebeard as he once encountered Blackbeard after gaining the Concussion ability without dying. As for the Captain, the Yonko’s Right Hand will be equal or slightly inferior to the Admirals

One point that many fans in One Piece often misunderstand in assessing strength and sometimes there will be battles that are just “holding up”. For example, when Marco fights the King and Queen at the same time in the Wano Arc, at first glance he seems to have the upper hand and is completely outnumbered by two of the Three Ears of the Beast Pirates. However, it does not mean that Marco is “out of submission” to King and Queen, but in fact he is just trying to “hold” both to buy more time, because if he fights for a long time, it will be difficult for Marco to win. That’s why the Right Arm still has a big gap to replace the Yonko.

However, there are a few exceptions, such as Yonko Buggy or Vice Admiral Garp, whose strength cannot be judged by common sense.

#One Piece #One Piece Manga #Four Emperors One Piece